How Often Should Coolant Be Flushed? 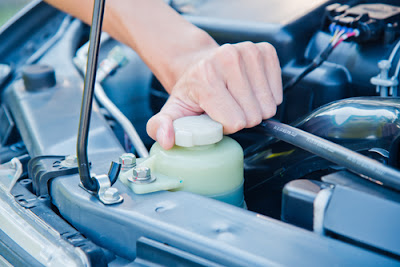 You might have seen cars standing by the side of the road in Singapore with their hoods open and smoke coming out of their engine. Main reason of such incidents is the overheating of the engine mainly caused by the problem created by the coolant in their engines. Main purpose of the coolant is to keep the radiator of the car cool especially while running during summer, by circulating through the engine. It absorbs and transfers the heat of the radiator by passing through the engine block of the car. A problem in the cooling system of your car can damage its engine completely or partially if its coolant in not flushed out during its scheduled regular maintenance. So for this reason most car care professionals recommend to add maintenance of cooling system of the car in the maintenance schedule of your car.

Main benefit of removing flushed coolant from a car is to remove the contaminants from its cooling system which can damage its gaskets along with other components. According to various car care experts these corrosive elements can also cause leakage or failure of radiator of the car which can increase the cost of its maintenance and repairs.

What is meant by flushed coolant?

The flushed coolant can also be defined as serviced cooling system or radiator of a car. In this process a cleaner is added to the cooling system of the car to remove rust and other sediments from it. Then new coolant along with a conditioner is added to its cooling system to protect it from corrosion, when system is thoroughly flushed out. According to the experts this service is necessary to increase the life of the cooling system of the car along with a number of other components including heater cores, radiator, coolant pipes, hoses, gaskets and water pumps. It is sometimes misunderstood with topping off the coolant as in that case harmful contaminants cannot be flushed out while adding new fluid to it. 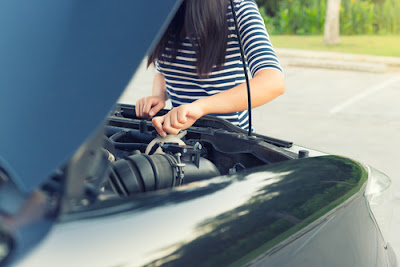 Normally the coolant of all types of cars should be flushed out as per the user manual provided by the car manufacturing company. Some of the companies like Hyundai recommend to change coolant for the first time after 60,000 km and after every 30,000 km thereafter as they do not consider as the part of maintenance of their vehicles. In some models of Mercedes-Benz coolant is recommended to flushed out after 30,000 km whereas in other models after 12 years or 120,000 km or after 15 years or 150,000 km.

On the other hand, the manufacturers of some other cars like Chevrolet etc. who take changing of coolant seriously as an important part of the maintenance of their vehicle recommend to flush it out after 150,000 km irrespective of the style of driving the vehicle.

But there is much contradiction in this regard as some car care experts recommend to flush it out after every five years or 30,000 km, whatever comes earlier, whereas some recommend it after three years.

According to them car manufacturers use various types of coolants in the cooling system of their car according to the environment of the country they are to be used in as every country has a different environment. Some countries have more dust and dirt than others so the corrosiveness and dirt in the coolant should be tested regularly by trained technicians before it is flushed out to replace it with the new and clear coolant.

According to some of the car experts the only realistic way to maintain the cooling system of a car is discarding its flushed coolant and changing it with new and clear fluid but regrettably it is rarely done at the proper time and one has to face disastrous implications if he depends only on the temperature gauge of the car on. In fact, according to them, electrolysis in the cooling system of the car encourages a chemical reaction between its metallic surface and the coolant which damages it if not flushed at right time.

So for this reason some of the car dealerships and service providers recommend that the coolant should be flushed more frequently than recommended by the car manufacturing companies i.e. after every 30,000 or 50,000 km. 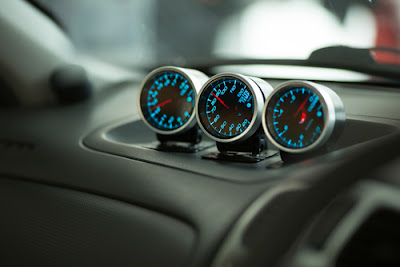 The long-life coolants used in most of the cars include a mixture of water and antifreeze in 50:50 ratios to protect the cooling system from freezing in winters and boiling in summers for several years without any change and maintenance. It is because of the pressure imposed by the environment regulators as the flushed coolant has to be recycled or disposed of very carefully to save the environment.

It is difficult to judge the consistency of the coolant just by its looks so it should be tested carefully before flushed out as it can deteriorate with time. It can lose the properties of inhibiting rust or corrosion and become acidic with time even if it shows perfect to protect the cooling system in the test.

The coolant should be tested periodically after it has been used for over 50,000 km as the corrosion caused by it can damage various parts of the cooling system including water pump, radiator and thermostat etc, if not flushed at proper time. During these tests it should be ensured that whether it can sufficiently protect the cooling system from boiling or freezing in extreme weather conditions or not. Its freezing and boiling protection efficiency can be checked with the help of a hydrometer and its acidity can be measured with the help of test strips.

The coolant should be flushed immediately if its power to inhibit corrosion has been deteriorated. The contaminants should be removed for from the cooling system of the car, regardless of how many kilometres it has been driven and even if it is not included in its maintenance schedule of the car.

But you can go on using the old coolant if the test shows that it can protect the cooling system from corrosion as it can be waste of money if flushed in such condition.